There's No Such Thing As Harmless Sin

Sin is sin, no matter who consents...

"We're consenting adults, so we aren't hurting anyone."

Even from a worldly standpoint, this excuse isn't logical. How many families have been torn apart by adulterous affairs between two consenting adults?

But suppose two adults could be involved in sinful behavior that didn't touch another person's life in any way. Would it be harmless?

"Flee from sexual immorality. All other sins a person commits are outside the body, but whoever sins sexually, sins against their own body." 1 Corinthians 6:18

Why not add some more of God's Word to your schedule by having a 1-minute devotion delivered to your email each weekday. Sign up for a free subscription to Bible Love Notes and get a free e-booklet. Find out more HERE. 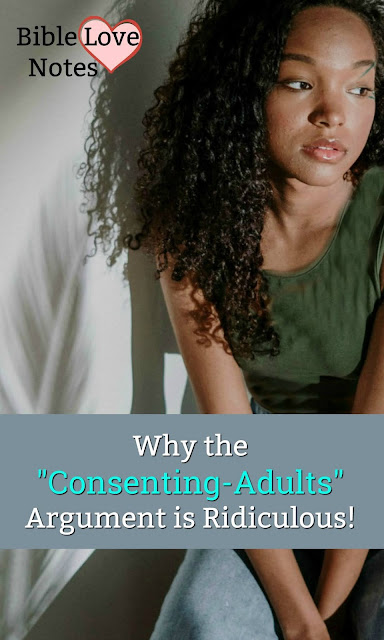